This Monday past marks the five-year anniversary of the earthquake that adjusted the shape of our city, and changed all of our lives. Deb Donnell is an editor/publisher of non-fiction who has spent the last five years looking at the way the community of Christchurch as come through in the aftermath of the Feb 22, 2011 quake.

This is her story about that day, and how it shaped her career path – and how she can help shape yours.

‘Our sky had fallen, the earth had quaked, and although it seemed far into the future, I knew we would put the city back together again, some day. Christchurch was broken, but the people’s spirit would not – because we had no other choice.’

Christchurch publisher, Deb Donnell, was working with her parents in their High Street jewellery store on 22 February 2011. She counts herself as one of the lucky ones, escaping with her family, friends and neighbours to safety. Eight hours later, watching the television reports of the nightmare she’d left behind, she made three vows which honoured the victims, the injured survivors and the trained search and rescue volunteers.

Her fifth anniversary reflections look at those three vows, and how making them happen has become the driving force for pursuing her dreams of being an author, publisher and mentor to independent publishers.

Deb Donnell is the founder of the Diamond Publishing System™, Writing Diamonds Ltd and Keswin Publishing Ltd. She is the author of several best-selling non-fiction books, and mentor to several more. Deb is a GIA Diamonds Graduate (Gemological Institute of America), professional editor and publisher. Writing, editing and publishing is a lifelong passion. Her mission is to help release one million trapped books. Will yours be one of them?

Read the full reflection at:
http://debdonnell.net/christchurch-earthquake-5th-anniversary-reflection 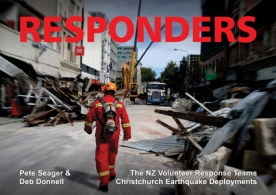